We developed ALBEDO high efficient projector screen by perceiving the difference between a projected light from projector and an angle of incident of the room lighting toward the screen which causes unvivid image.
Bright image (six times as bright as) is gained by reflecting projected light focusing to the audience which reaches directly from the front of screen..
High contrast(seven times) is achieved by reflecting directly the outdoor daylight such as room lighting which reach from the upper part to the lower part of the screen to minimize the effect on catoptric light from projector.

The difference from the conventional screen

The feature of a matte screen:

It is most easily influenced by outdoor daylight since the scattering characteristic is used. 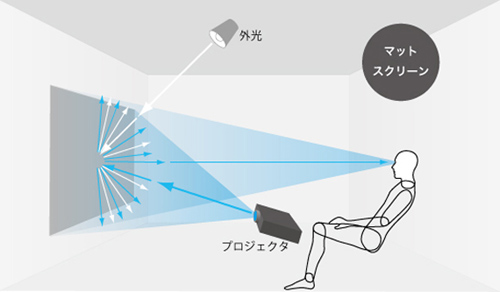 The feature of a pearl screen:

The specular reflection characteristic is used, and the influence of outdoor daylight is reduced. 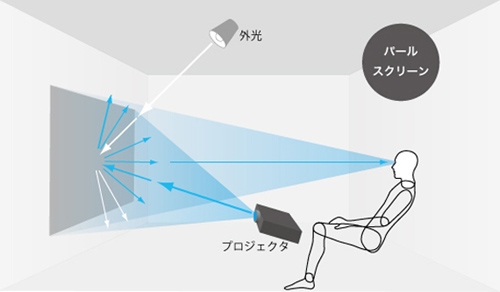 The feature of a beads screen:

The regression characteristic (characteristic which light returns in the direction that light comes) is used, and the influence of outdoor daylight is reduced. 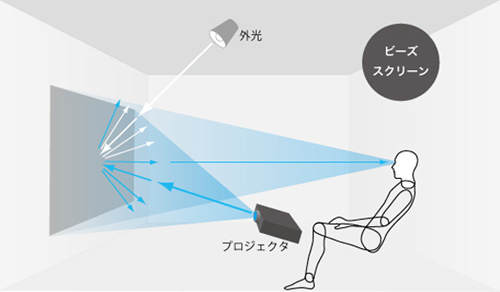